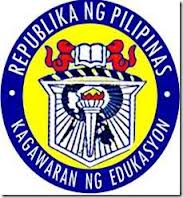 DepEd Undersecretary, Atty. Alberto T. Muyot issued First Indorsement dated October 24, 2012 to DepEd offices to help Mantalongon NHS-Dalaguete, Cebu in the processing of requirements for the school to avail the DepEd Internet Connectivity Program (DICP). The school applied SMART BRO last December, 2011 and enjoyed Internet connection with Php 48,000.00 per year for the contract of payment-subscription. It was in the period of January to September, 2012, the school had a problem about the SMART BRO billings. For that, Mr. George P. Lumayag, Mantalongon NHS-ICT Coordinator emailed Usec Atty. Muyot and other DepEd offices to help the school in the processing of DICP application last October 9, 2012.

On October 12, 2012, DepEd Cebu Province ICT Supervisor ma'am Elena Paras emailed Mr. Lumayag that MNHS is included in the Sub-Allotment Release Order (SARO) issued from the Central Office. The DepEd ICT supervisor told Mr. Lumayag that the school should have to download the DICP budget allocation for the payment of the telco. And then, the school's ICT coordinator informed the principal, Mr. Ramon M. Cortes about the DICP budget which is now downloadable.

PN vision: Passerelles numériques aspires to a world where the most underpriviledged can, thanks to their talents and through access to education and employment, access a better future.

PN mission: To enable the largest number of youths in a precarious situation access to training and skilled employment in Information Technology.

Objectives and our beneficiaries: “Our ambition is to help at least 90% of the students directly enrolled in our programs to find a qualified job and ultimately end the cycle of poverty for themselves as well as their families; All underprivileged young adults capable to keep up with our programs are eligible. We make a special effort to include at least 50% of young women, and beyond priority is given to the poorest boys or girls. The ratio of girls is always limited to two third of each batch”.

Ms. Rosalyn Miñuza discussed the organization’s vision, mission and objectives to the graduating students of the school. She further informed students that she traveled all over Visayas to select another 90 future scholars of Passerelles Numeriques as expected on June 2013.

PN personnel will conduct their exam on January 12, 2012 at 1 P.M. at the Mantalongon NHS, Main Campus, Mantalongon, Dalaguete, Cebu. 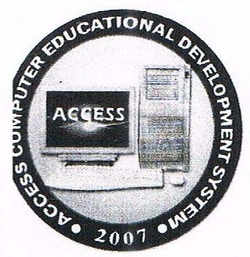 Access Computer Educational Development System Professional Academy of the Philippines in coordination with Wired Orbit Computer Station at Poblacion, Argao, Cebu will set its orientation about computer proficiency to those willing students of Mantalongon NHS on November 7, 2012 at the Pres. Fidel V. Ramos 4 classroom building at the main campus.

The said institution will also administer an exam in "Proficiency Level Check" right after the orientation of students. And to those students who will pass the exam can avail the ACEDSPAP scholarship. For those who will fail the exam can enroll to Access Computer Educational Development System for a course training related to computer and software applications. A certificate will be given to students who shall have completed the course training requirements in the proficiency level competencies in MS Word, Excel, Power Point, Speed Typing, Blind Folding, Touch Typing,  Movie Maker and Sony Vegas. Adobe Photo Shop software and installation of operating system will also be introduced during the course training.

Some 650 school papers’ aspiring journalists and advisers from 28 participating schools of DepEd Cebu Province Division’s southeast area had come in town, along with their campus journals’ names, and contended in different journalism contests during the two-day Southeast Area Level Campus Journalism and Workshop at the Dalaguete National High School which concluded Tuesday afternoon. 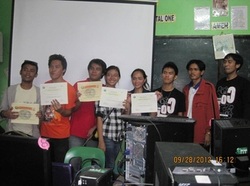 The lecture-demo was participated by 66 Computer Technology fourth year students and some willing teachers of MNHS.

MANILA - President Benigno S. Aquino III has declared the period from September 5 to October 5 of every year as National Teachers' Month.

Proclamation No. 242 was signed on Aug. 24, 2011 by Executive Secretary Paquito N. Ochoa Jr. “to revitalize the image of teaching as a vocation by increasing public awareness on the value of teachers in Philippine society and national development.”

President Aquino said that “the United Nations Education, Scientific and Cultural Organization (UNESCO) designated October 5 of every year as World Teachers’ Day, which is a day to celebrate the central role that teachers play in guiding the children, youth and adults through the life-long learning process.”

The President underscored the need to generate widespread awareness and support for World Teachers’ Day in the Philippines.

He said the occasion can be used to celebrate the unique role and service that teachers play in guiding families, strengthening communities, and building the nation.

“To contribute to the growth and development of the teaching profession in the country as well as to publicly express appreciation to teachers, both active and retired, a Teachers’ Month Campaign (TMC) was conceived in July 2008 by the Metrobank Foundation,Inc. (MBFI), De la Salle Philippines (DSLP), Philippine Business for Education(PBEd), and Campaigns Social Response (CSR), with the special participation of the Department of Education (DepEd) and the support of key business institutions,” the President said.

The President said the campaign has generated more support from government, private companies, and major organizations in 2009 and 2010. He issued on Oct. 1, 2010 Presidential Proclamation No. 41, declaring the first Friday of September to Oct. 5, 2010 as National Teachers’ Month.

With the signing of Proclamation 242, the country will now observe the National Teachers’ Month every year.

The President also enjoined all concerned departments, agencies and instrumentalities of the national government, various local government units, private sector and the public to actively participate and support activities and programs for the celebration of the occasion.

Upon recommendation by the TMC Steering Committee, the President also endorsed the recitation of the National Prayer for Teachers during the National Teachers’ Month. 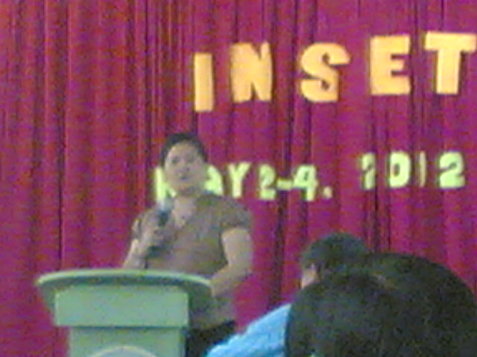 The Dalaguete Secondary Schools' In-Service Training for Teachers (INSET) was held on May 2-4, 2012 at the Dalaguete NHS.
INSET 2012 was participated by the Dalaguete secondary schools: Casay NHS, Cawayan NHS, Mantalongon NHS, Manlapay NHS, Caleriohan NHS, Caliongan NHS and Dalaguete NHS, the host school.
The training started with a digital driven prayer; followed by the Philippine National Anthem, still in multimedia. Then, Mr. Luis Carin, the Lead Principal of the Dalaguete secondary schools rendered the Rationale of the said training.
Rev. Fr. Froilan Bejoc, the Paris Priest of Manlapay humbly gave life to his topic: The Critical Role in Giving Guidance to Students. He had shared a situation:" A mother wanted abortion for her 13-year old pregnant daughter who's still studying in school"; it was the subject for discussions after the break. With that situation, he asked teachers. "What can you advice to the mother and to your pregnant student?" Later, some teachers shared a sense of moral values in decision making.
"Child is the father of man" by Sigmund Freud which was quoted by one of the top ten most outstanding professors/personalities at the Cebu Normal University (CNU), the Dean of the Students' Affairs and Directress of the University Career Testing Center, Prof. Gwen E. Villarante who was one of the speakers of the said training, shared to teachers and administrators about her topic which was Parenting to Youth of the New Generations.
On the third day, the last day of the training, teachers were grouped according to their subjects handled nor to their fields of specialization for sharing their classroom management and teaching strategies in a classroom full of challenges in the new generation of students wherein, students are listening to teachers while secretly pressing their silent-set mobile phone replying some text messages.
Mr. Luis Carin reminded teachers to submit their outputs in his office for documentations. And the training ended with a prayer.... 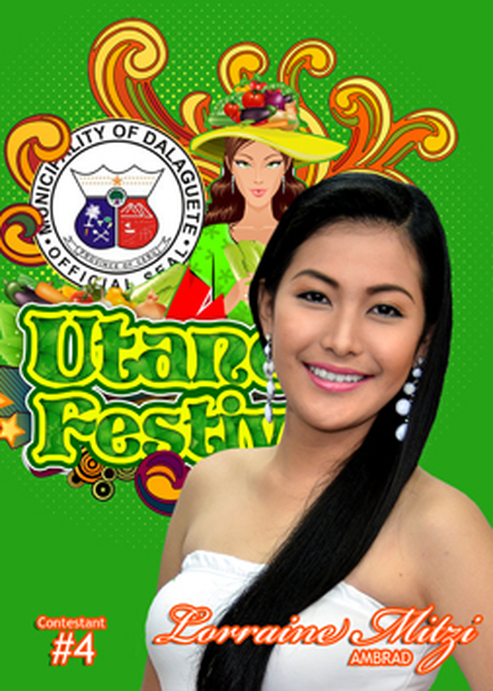 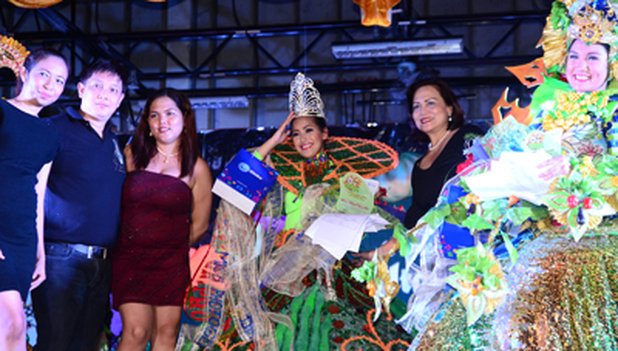 Bringing pride and glory to the vegetable-rich territory of Barangay Mantalongon, Ms. Lorraine Mitzi Ambrad was proclaimed as the new festival queen in the Search for Utanon Festival Queen during Dalaguete’s fifth Utanon Festival held last February 10, 2012 at the Dalaguete Sports and Cultural Complex.

The contest was as ever an exciting one to watch since all the candidates, amid the cheers and applause of their respective supporters, did everything they could do to get the judges’ nod.
Representing Barangay Mantalongon, the 15-year-old student from Mantalongon National High School bested nine other candidates representing different barangays.  Barangay Mantalongon also captured the first place in Street Dancing Competition which was held in the afternoon around the major streets at the town proper.  The festival queen also won three special awards that included “Best in Group Production Presentation”, “Best Solo Performer”, and “Ms. Photogenic Award”.  Ms. Lorraine garnered more than 2000 Facebook Likes that ranked her number one in online votes which is 25% of the Photogenic Award. 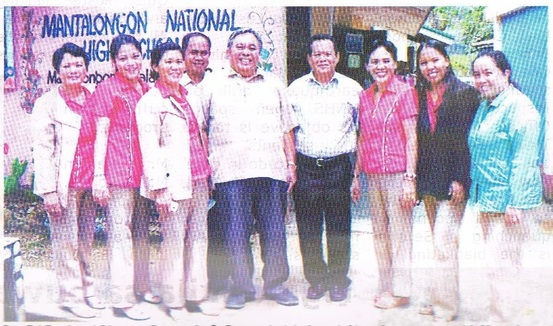 DepEd Regional Director Recaredo G. Borgonia (six from left) and party pose with Matalongon ES and MNHS teachers.
DepEd Regional Director, Recaredo G. Borgonia visited Mantalongon National High School last March 23, 2011.
When a blue sleek-and-shiny car came into a view, the world seemed to stop as Director Borgonia, accompanied with Dr. Roland Villegas, the Regional Training Director and Incharge of the ECOTECH Natural Farming Technology alighted.
Mr. Ramon M. Cortes, principal of Mantalongon NHS, Mrs. Alice Carin, principal of Mantalongon ES, Mrs. Lilian B. Carin, MNHS guidance counselor and some of the teachers enthusiastically welcomed though surprised with the director's visit.
Director Borgonia said that he chose Mantalongon as National Nursery for cultivating and propagating aurocaria because of the climate condition of the place which is very suitable and favorable for germinating the plant. The nursery serves as the frontline in dispersing juvenile aurocaria that easily grows anywhere. Mantalongon, Dalaguete is the only place for the said plant to mitigate climate change for our National Greening Program (NGP) Dr. Villegas quipped. Once the seeds will grow, these will be dispersed all throughout the region with the ECOTECH Natural Farming Distributing Center. This will further serve as an income generating project of the school, Dr. Villegas further uttered.
On the other hand, being an intellectual person himself, Director Borgonia must have seen fright among faces of teachers because of his unexpected visit; hence, he made things uncomplicated for everybody. It made the teachers zip on the thought that a genuine leader knows how to descend to the level of his subordinates.
His visit was undeniably a tremendous occurrence. What Director Borgonia witnessed was actually the real Mantalongon High cameo. No Facade. No Deception. It is only the fundamental nature of the school community. 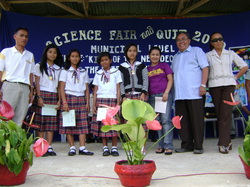 Science mentors and 16 enthusiastic students of Mantalongon NHS participated in the annual Science Fair and Quiz-Municipal Level convened in Cawayan National High School on August 26, 2010. This year's theme is "Kids of the New Decade: Moving beyond the Science Clubbing Continuum".
There were seven secondary schools which actively participated in the different fields of competitions: Quiz Bee (individual), Quiz Bowl (Team Orals), Easy Writing, Sci-Dama, Slogan Writing and Poster Making. The contest was divided into three categories: Students, Teachers and Parents.
The opening of the affair was conceded by Mr. Luis C. Carin, lead principal of Dalaguete Secondary Schools. Contest proper followed after the opening program.
The awarding ceremony started at 1 p.m.. Participants shouted with glee for the spectacular triumph they received. Most student participants copped gold medals as they are first placers in different categories. Mr. Nicomedes Dibdib and Mr. Sulpicio Obiedo won first in the Sci-Dama, Teacher's Category while Mr. Lito G. Pelomino, Mr. Simeon Rubin and Mr. Valeriano Vejante Sr. bagged the bacon in the parent's category.
All the first placers competed in Division Level held in Argao Nature Park, Argao, Cebu on September 4, 2010.