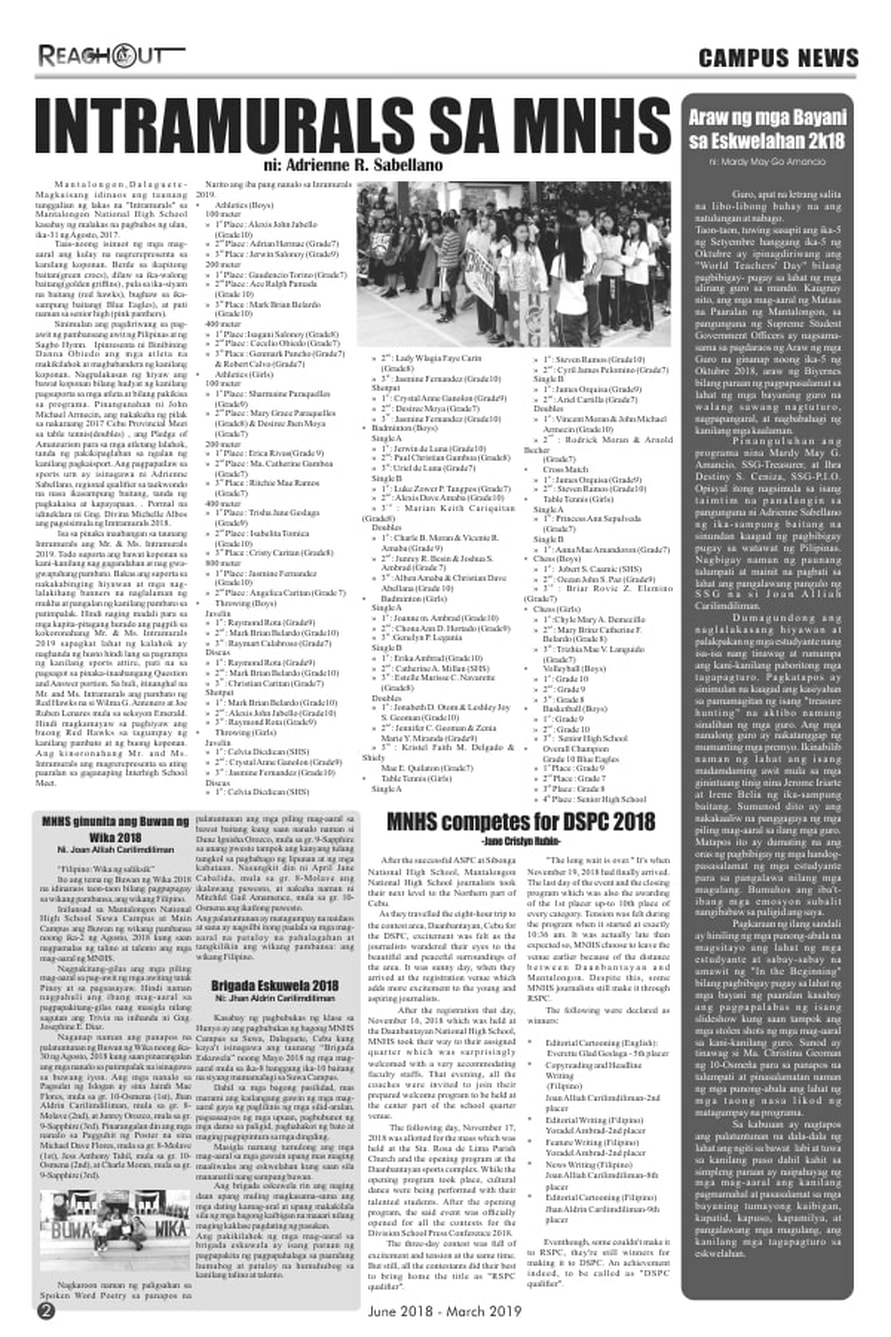 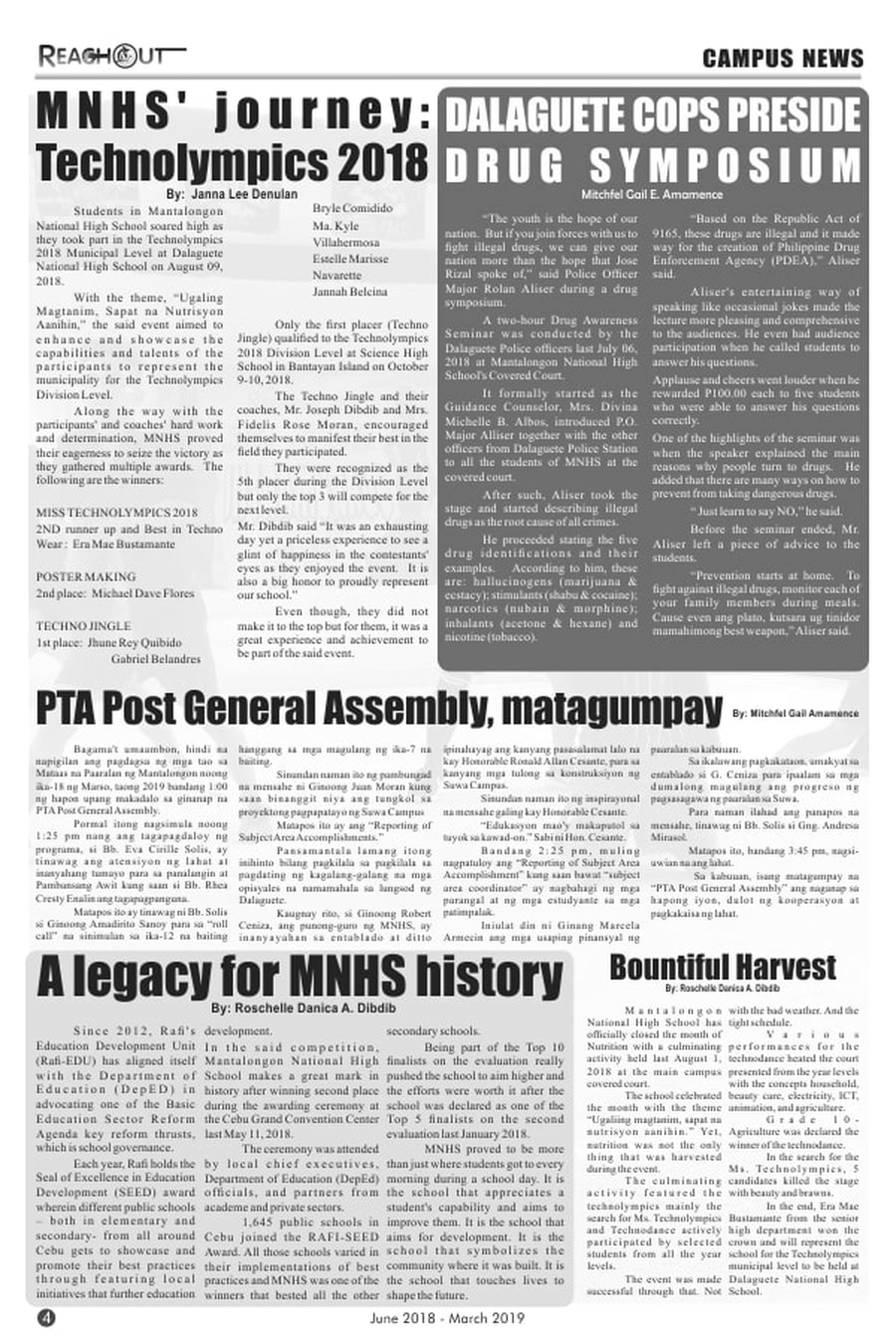 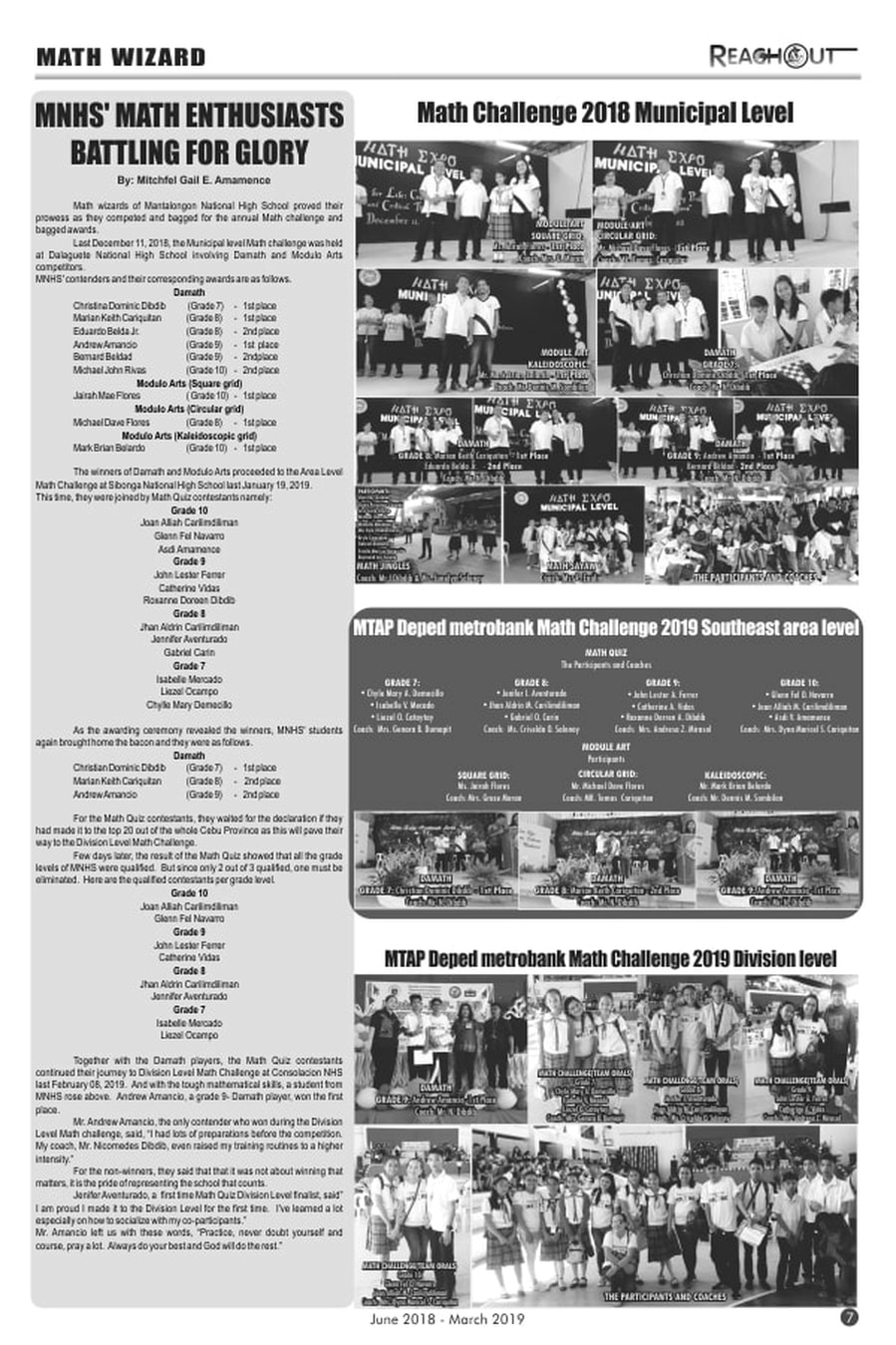 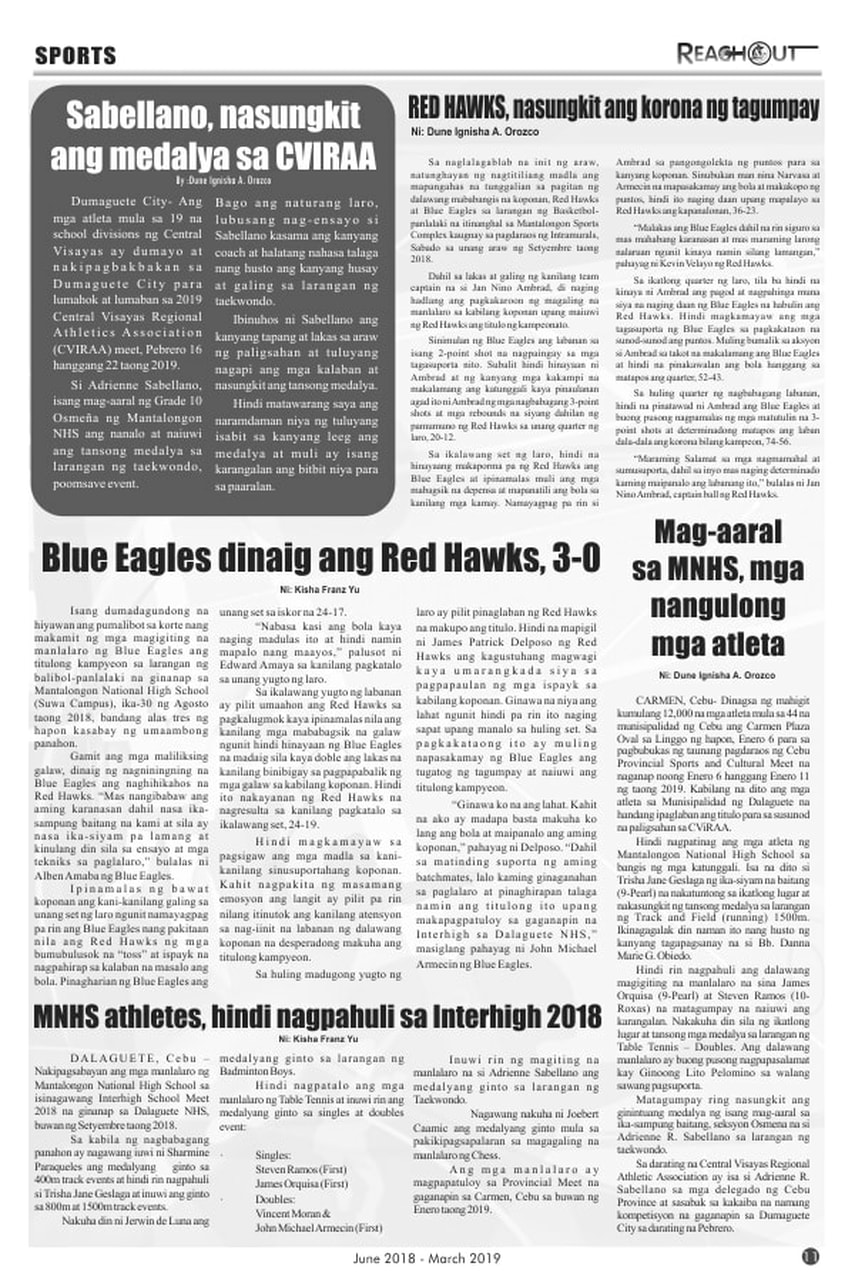 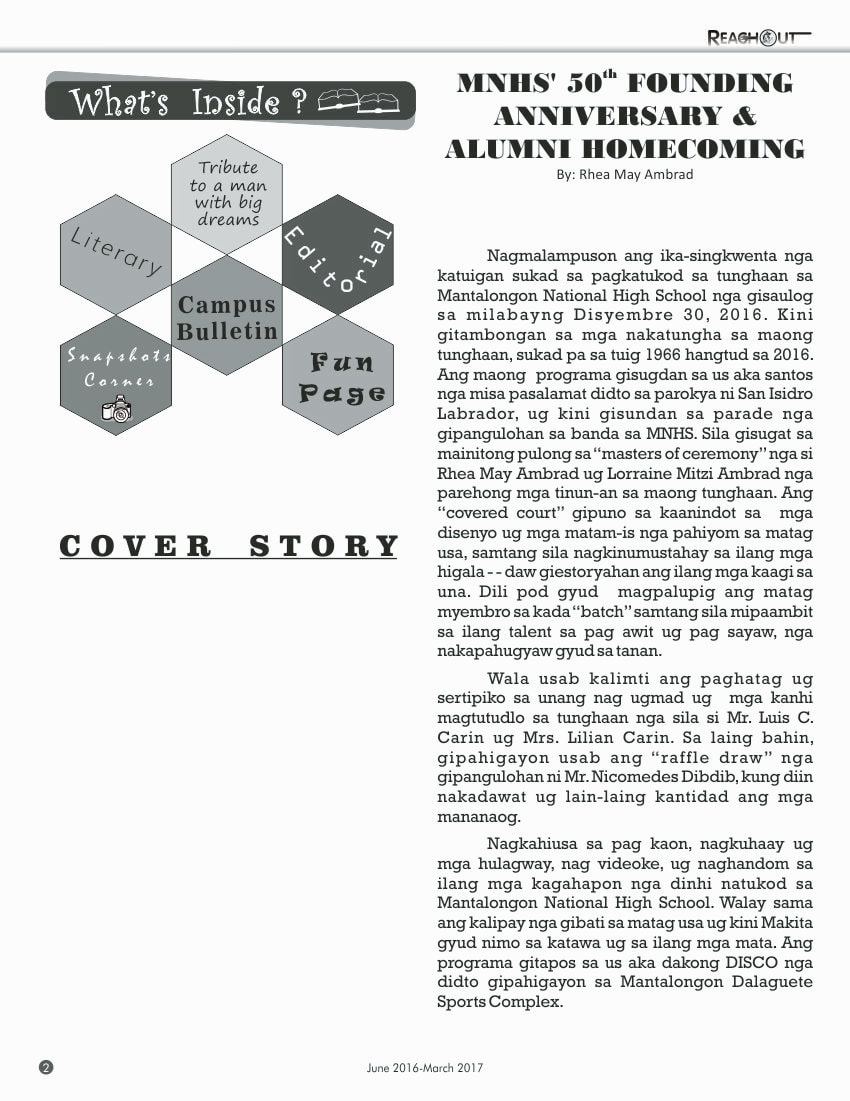 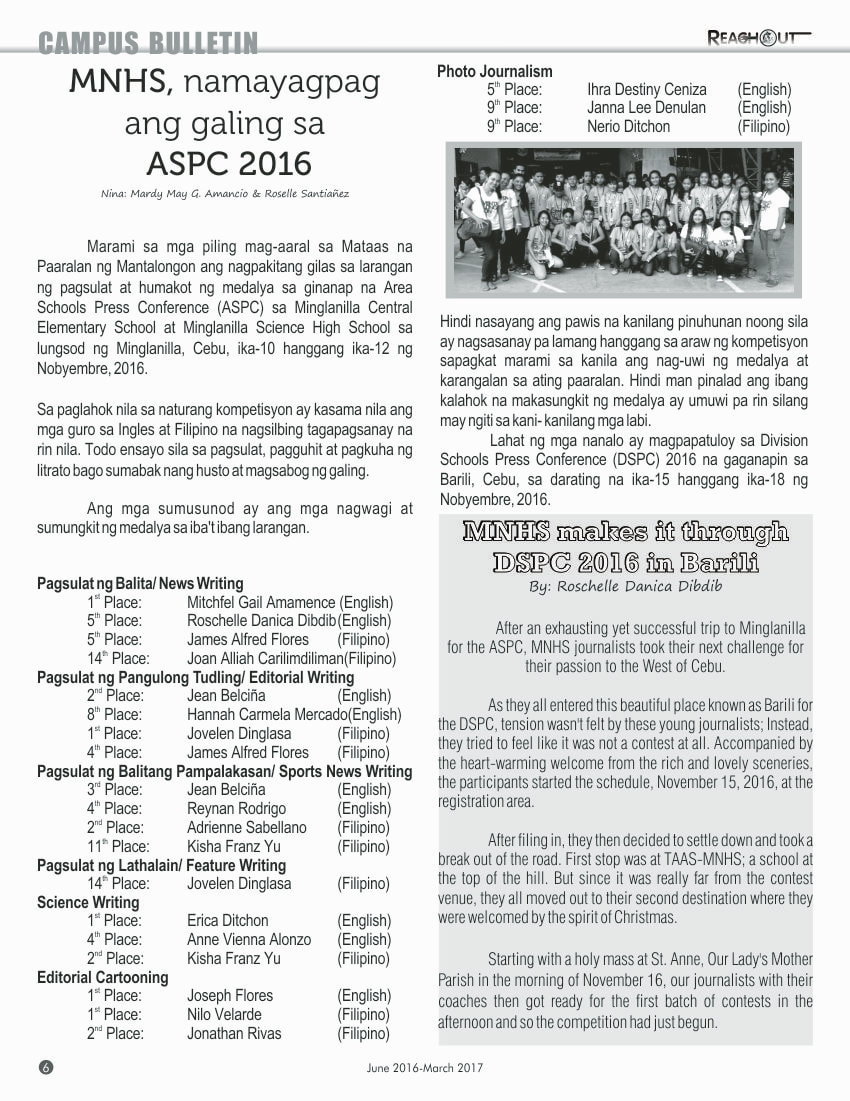 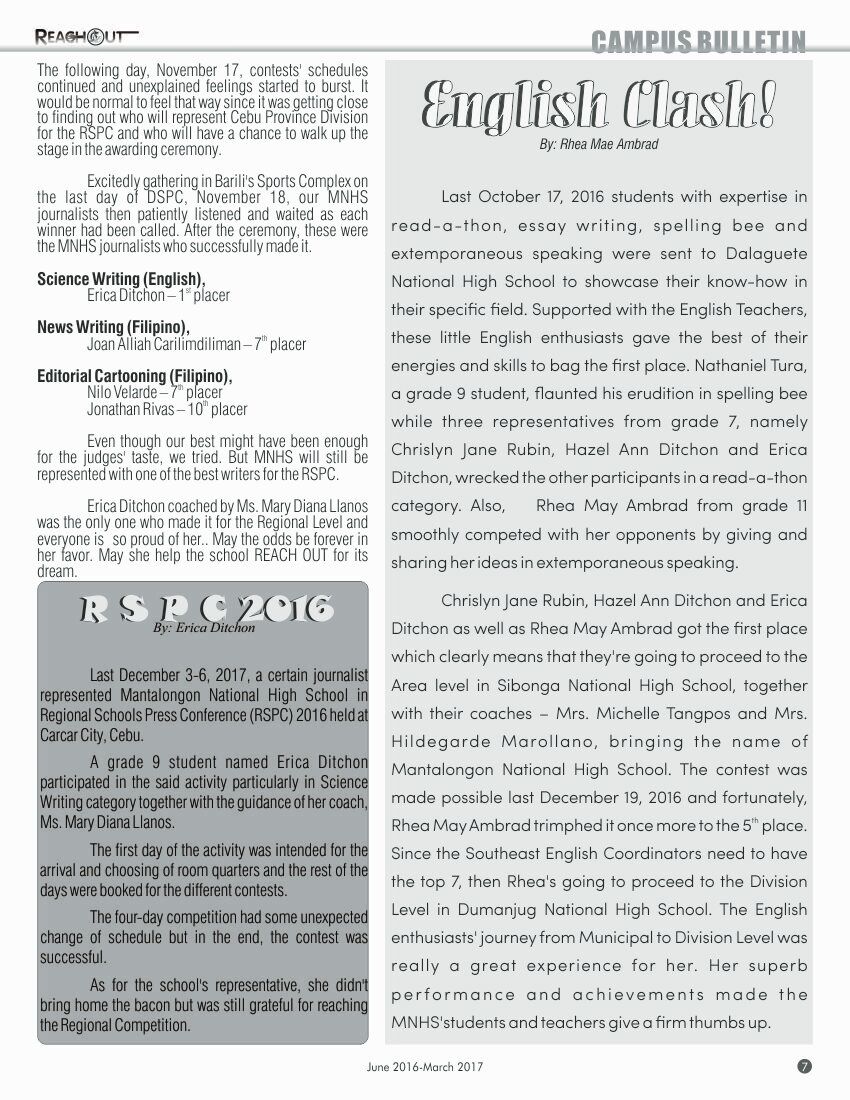 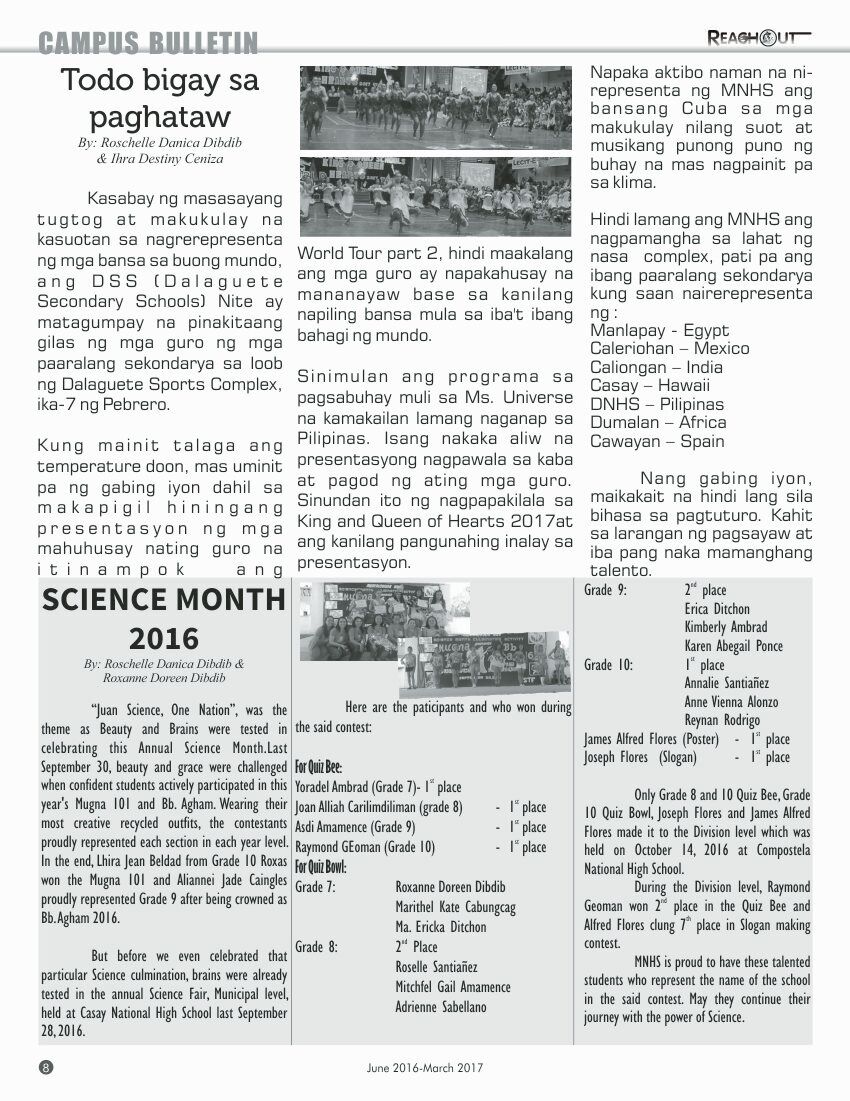 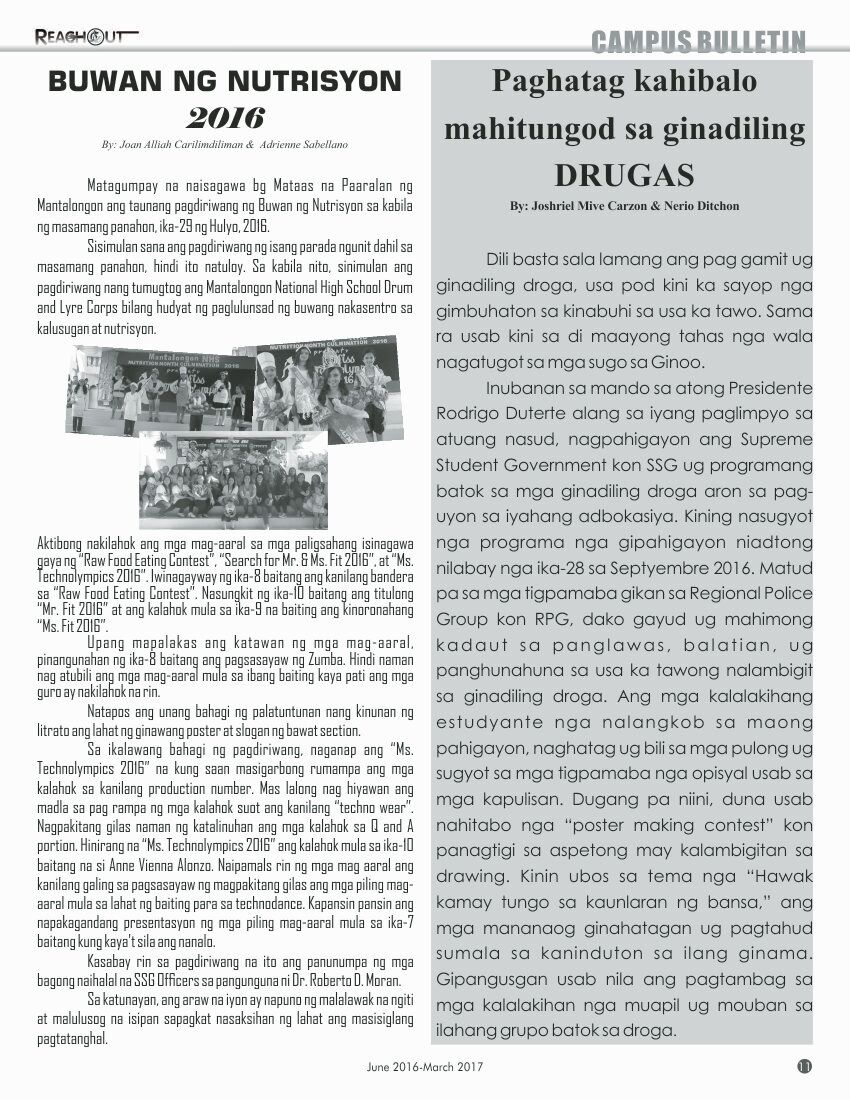 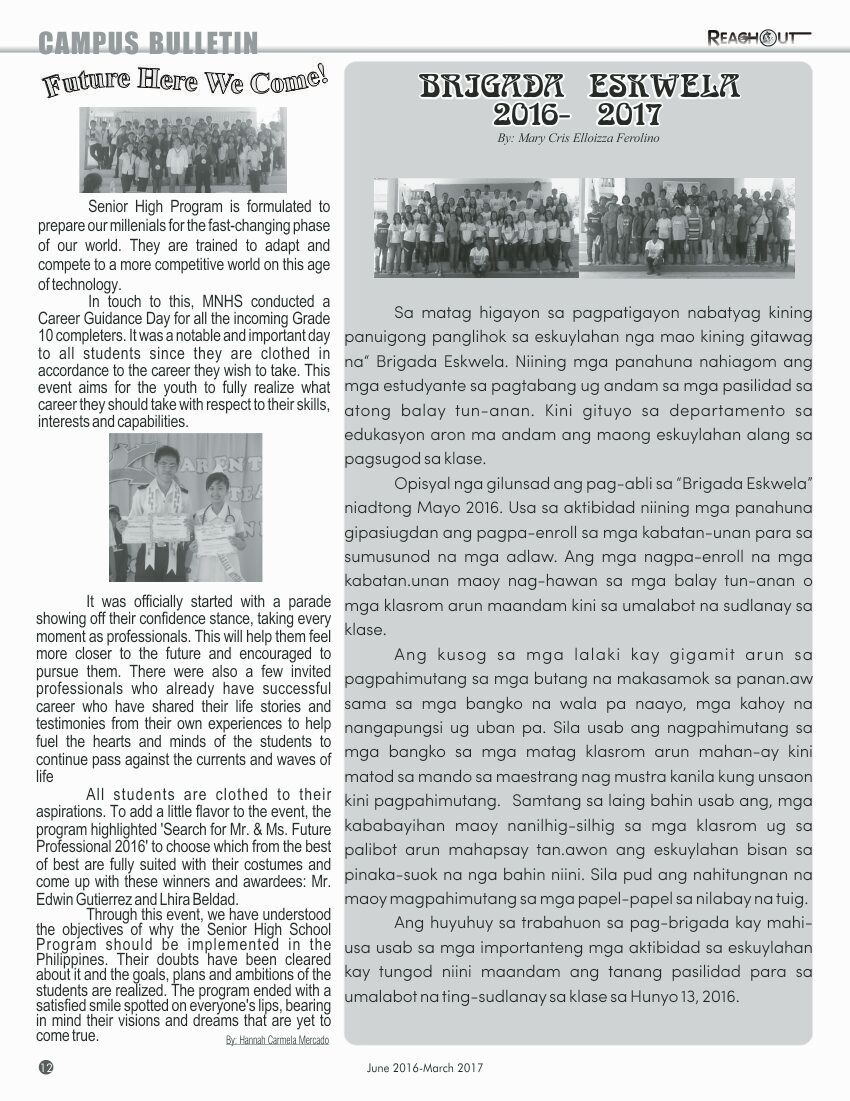 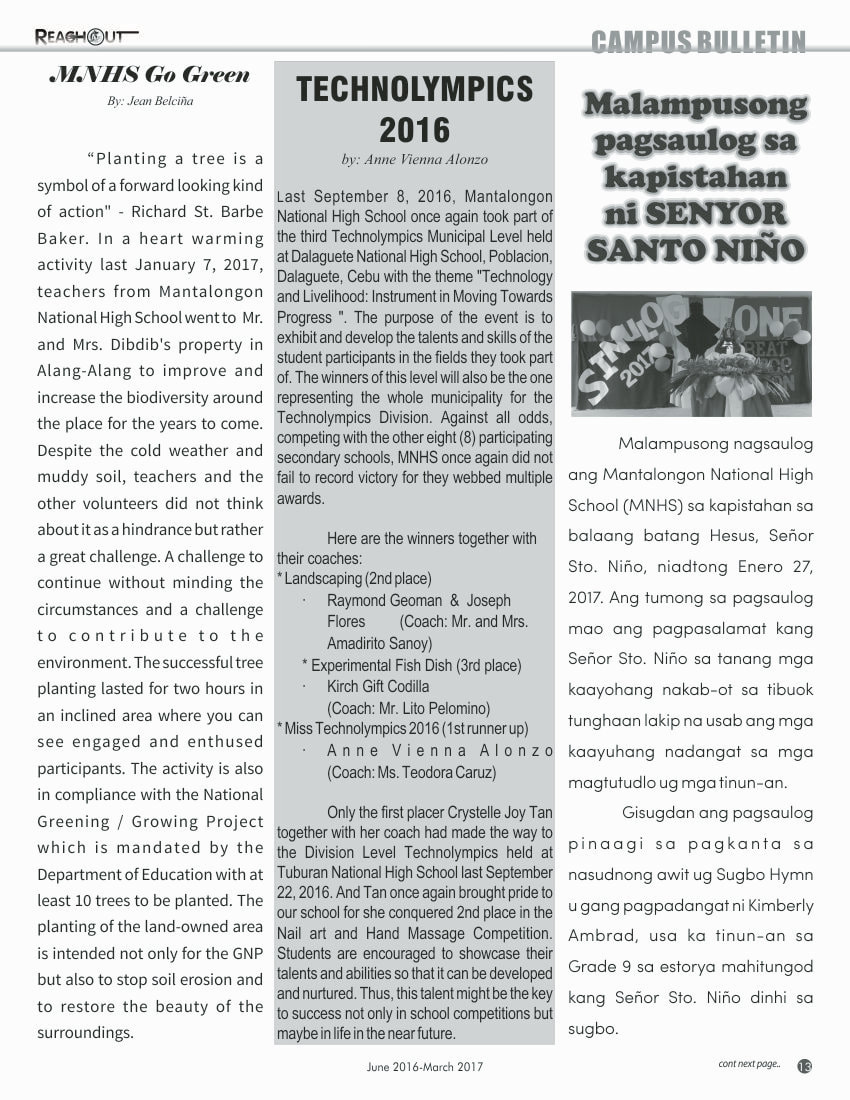 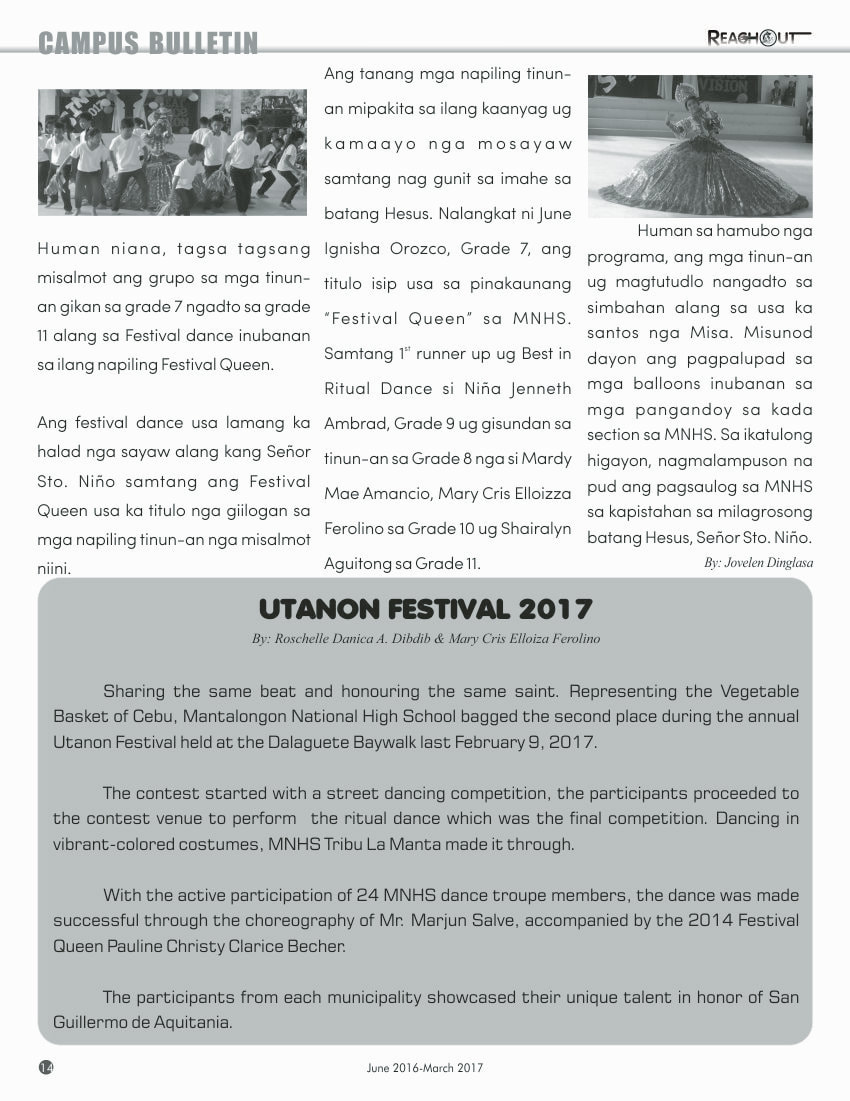 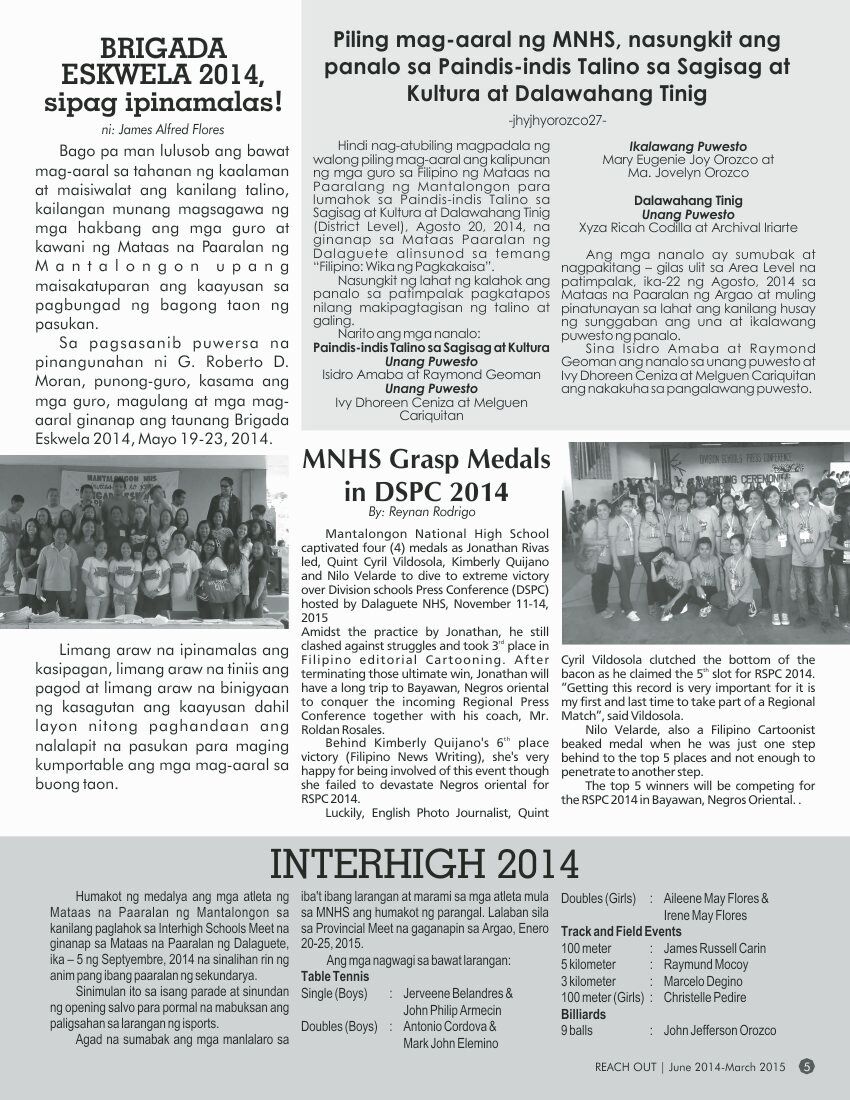 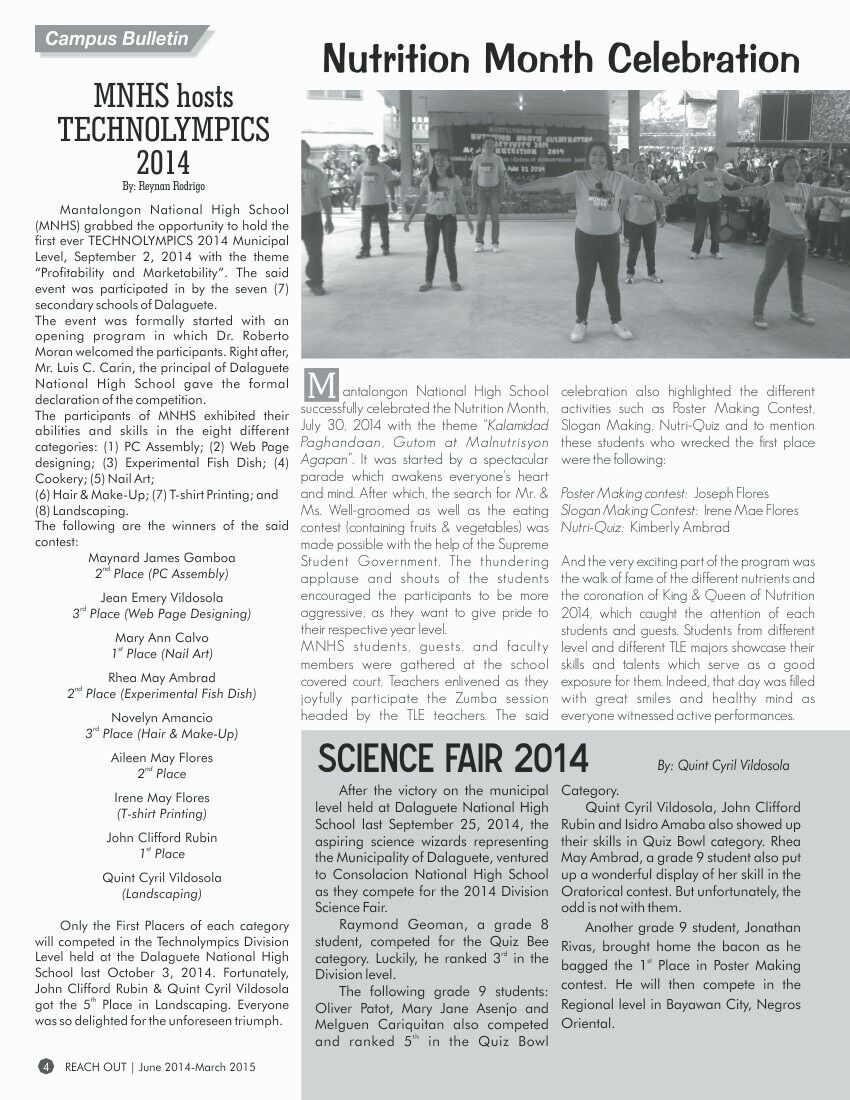 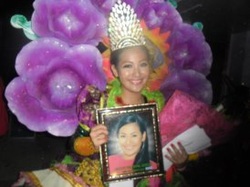 Alcoy, Cebu fired up last August 23, 2012 during the “Search For Southeast Festival Queen 2012” to highlight its town fiesta, rendered for their patron saint Sta. Rosa de Lima. A number as rare as Alcoy’s Siloy was offered by the competing queens, showcasing their best qualities to buy the crown.

Family, friends and most of Mantalongon were very proud of her. 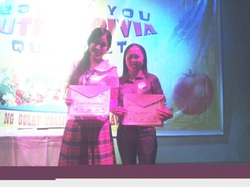 The said event was organized to help the “Tulong Dukha Foundation” and to educate both the teachers and students on health and nutrition. It was participated in by more than 50 schools from the different parts of Region VII.

At the competition, the teachers’ and their students’ score was combined. Garnering a total of 146 points, the Lajos-Ambrad tandem ranked Second (2 nd) all over the region bringing the name of Mantalongon National High School. 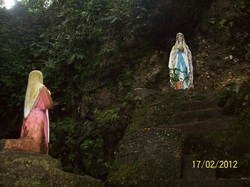 Annually, the month is commemorated as the month of the Holy Rosary – wherein MNHS students are obliged to pray the rosary every noon. To culminate this month-long activity, a campus-wide “Rosary Pilgrimage” was initiated by the SSG last October 29, 2012 at the MNHS quadrangle.

The event was started by the formation of the human rosary. It was followed by the procession and enthronement of the image of the Blessed Virgin Mary. Readings were also included for the listeners to reflect. In addition, intentions and songs were also offered.

To end the celebration, the student and teachers launched a giant rosary balloon with hopes raised that their dreams can come true. 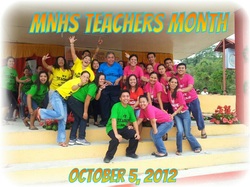 As a way of commemorating the heroic deeds of all MNHS teachers, the school launched Teachers’ Month 2012 last September 5, 2012 at the school quadrangle, having the theme: “My Teacher, My Hero”.

Different eye opening intermission numbers presented by the students added taste and color to the said event. Much more this, our true-to-life heroes were able to dance together with the MNHS dance troupe members.

The awarding of winners as well as the nerve-breaking games then, featuring “Laro Ng Lahi” will be done at the end of the month.