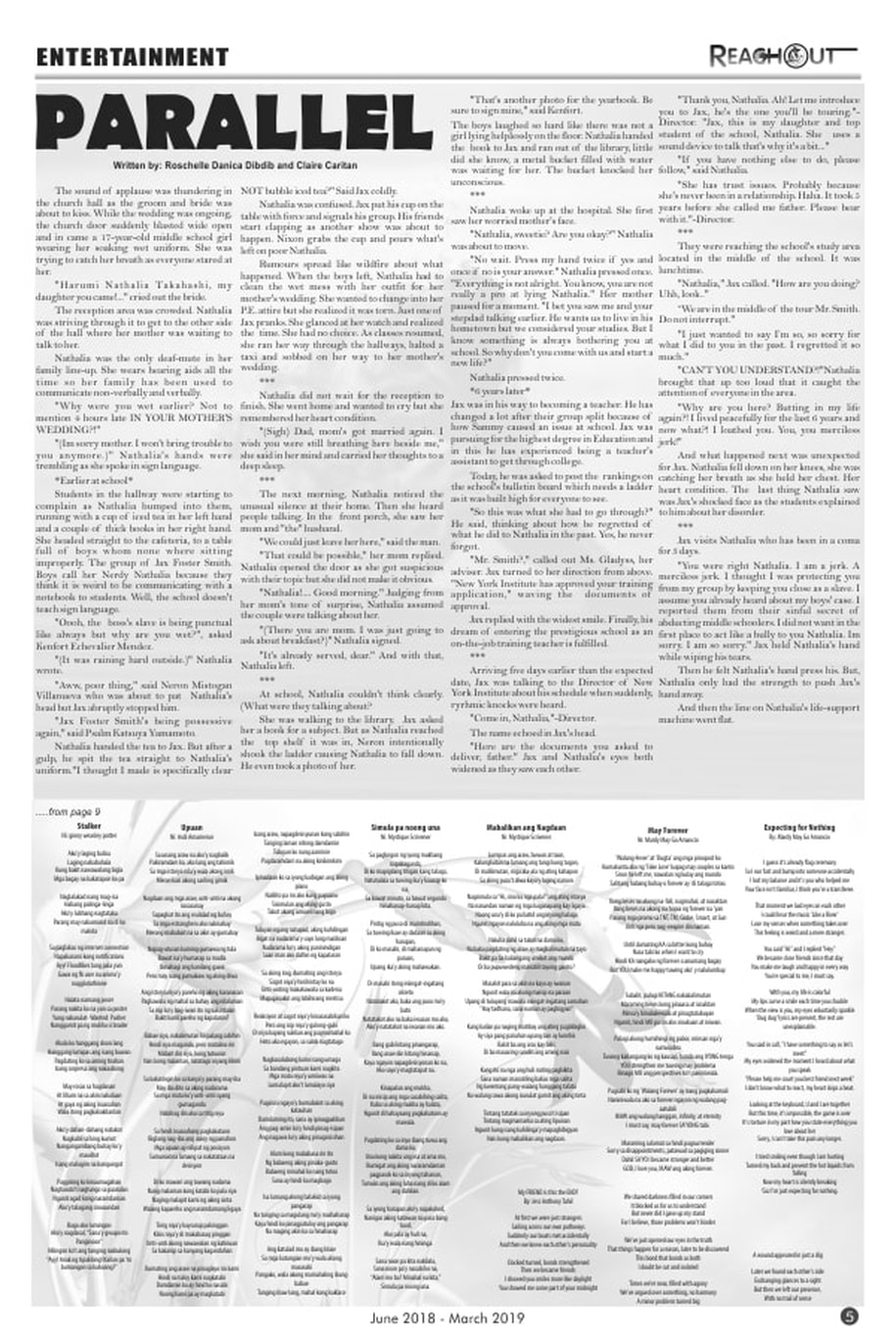 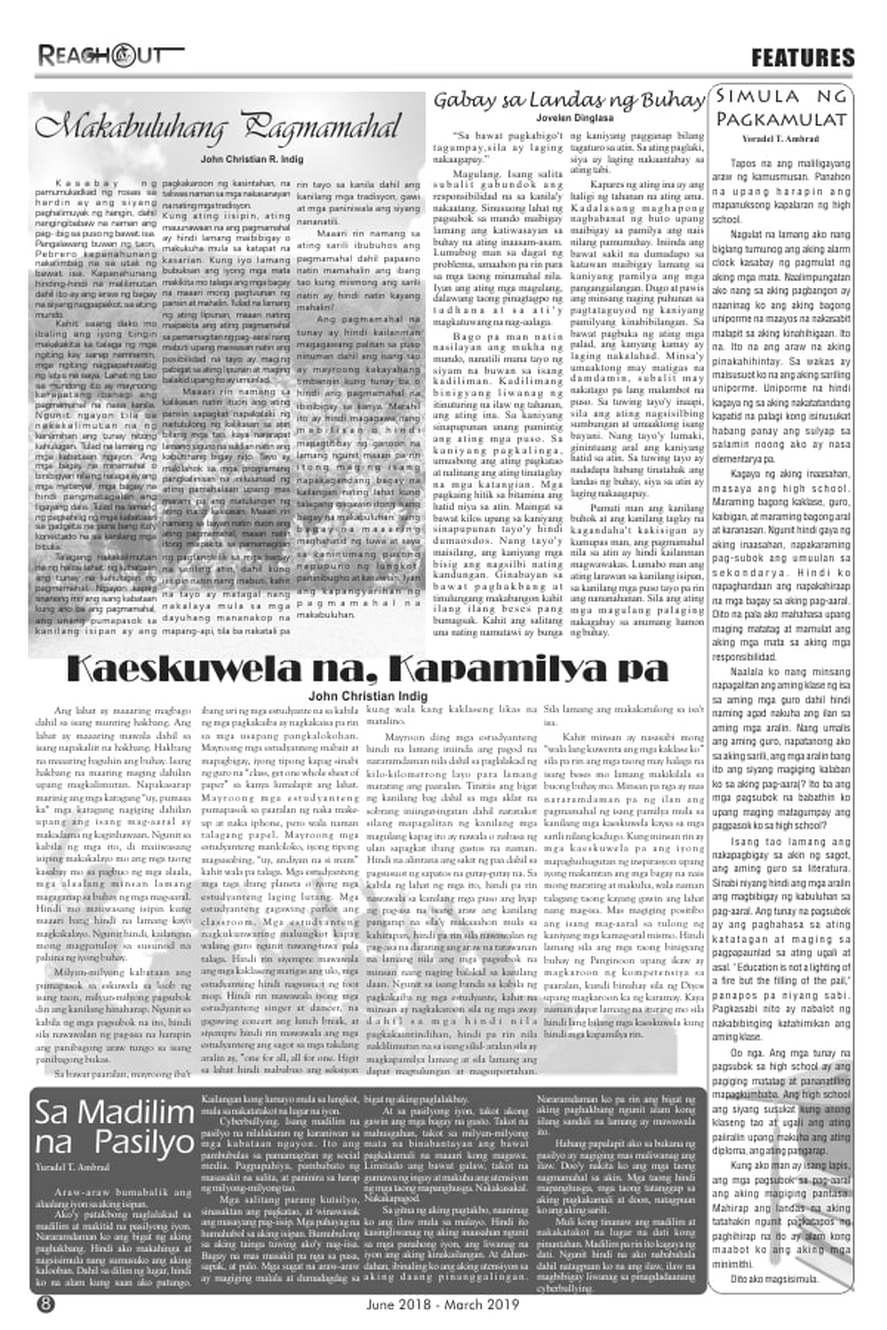 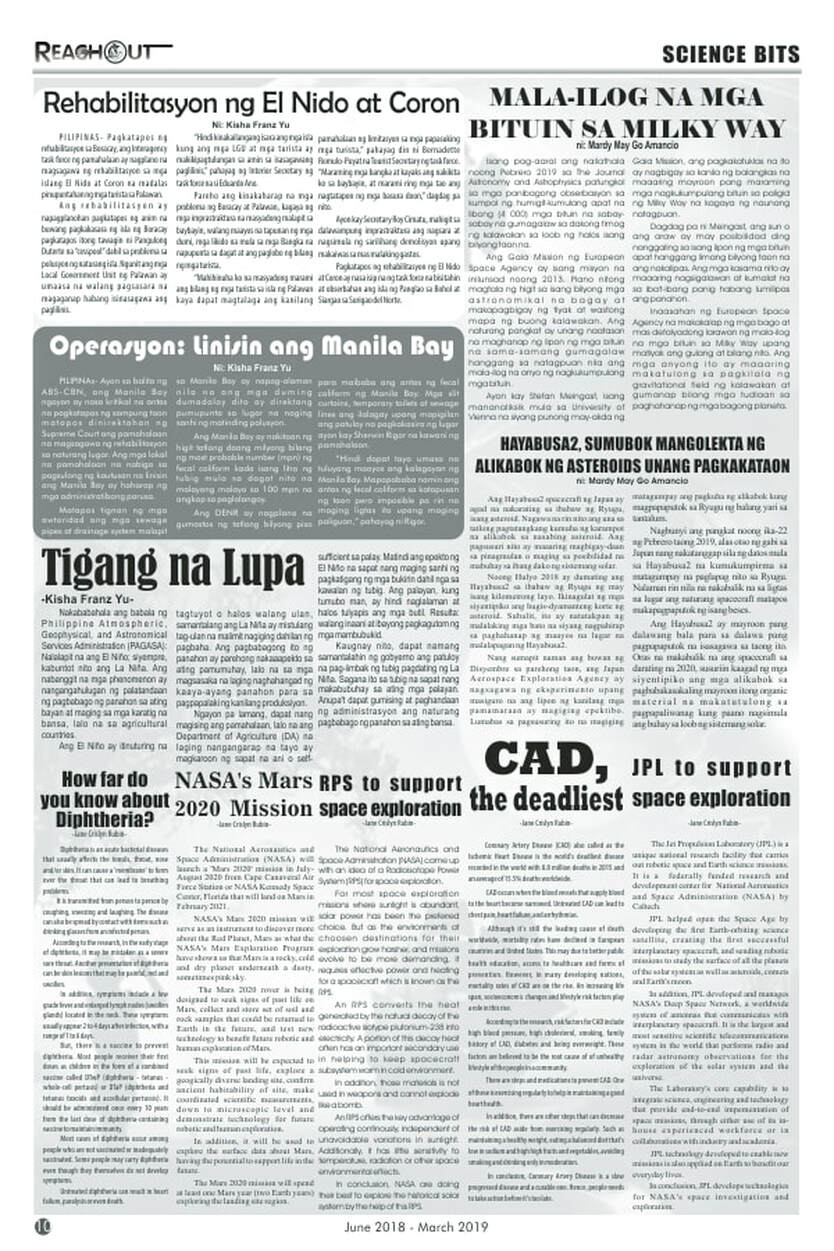 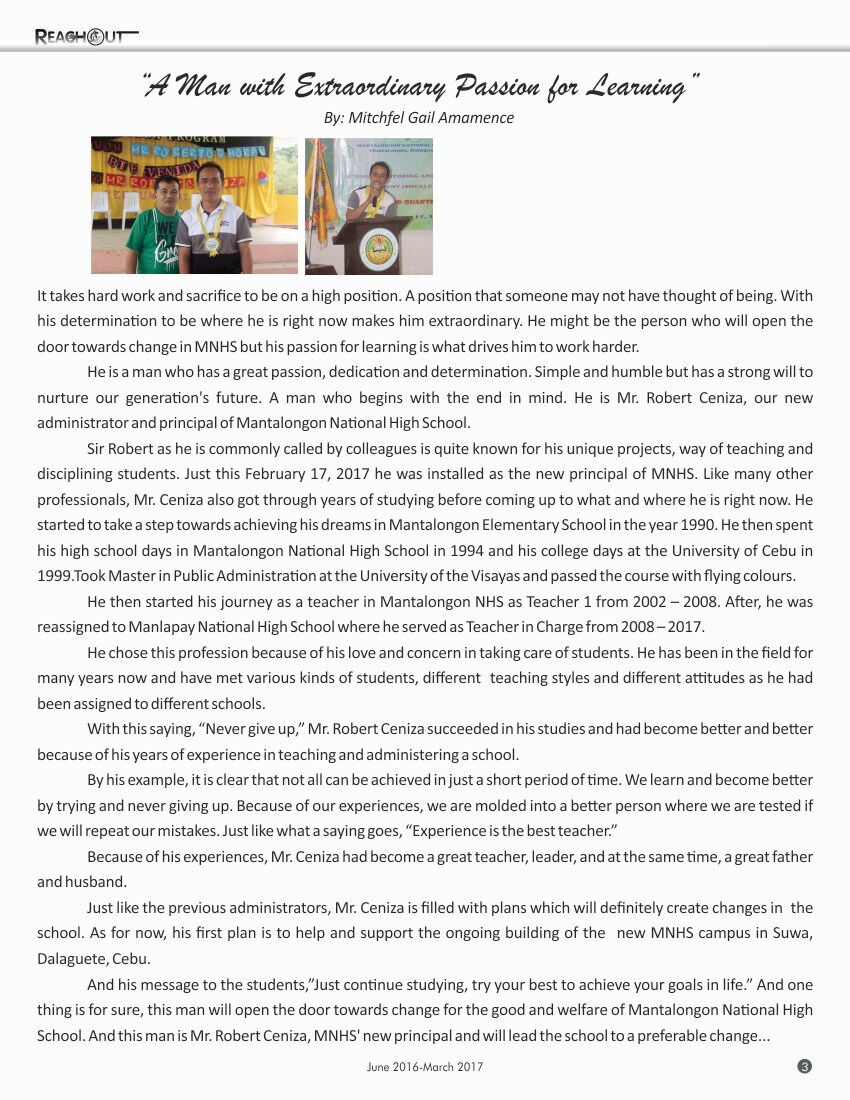 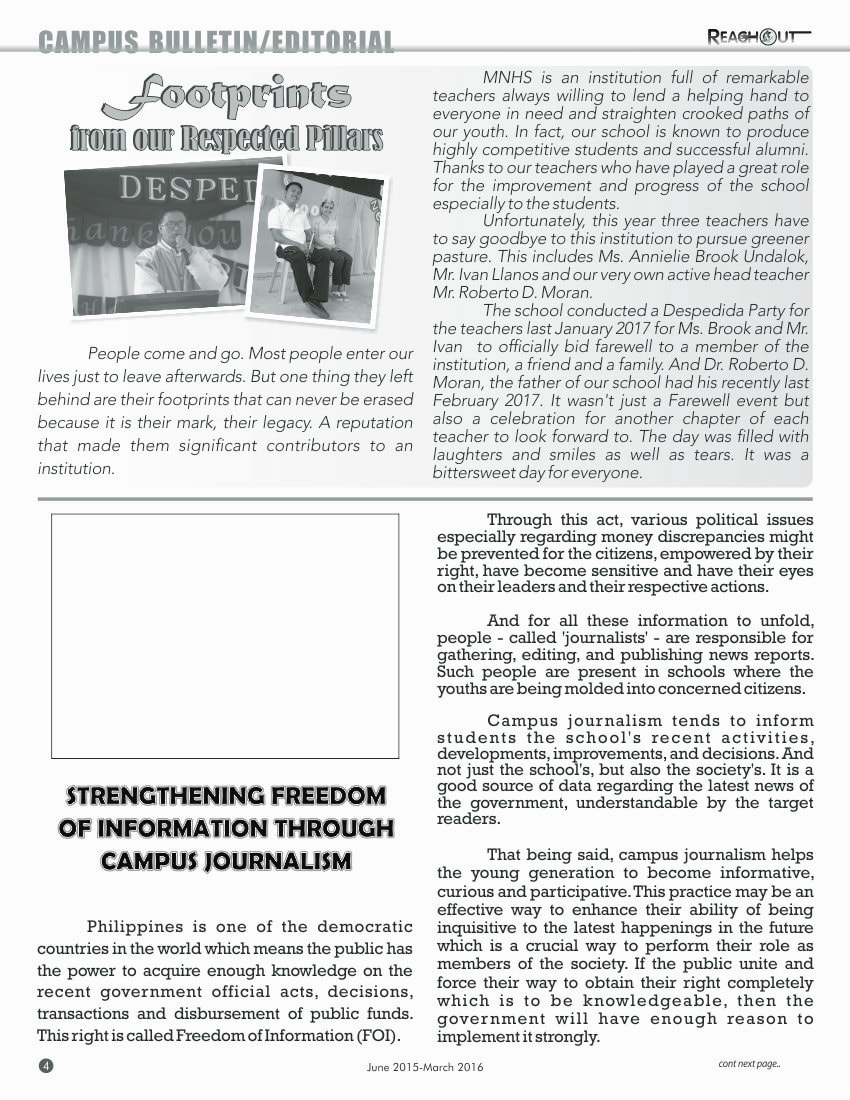 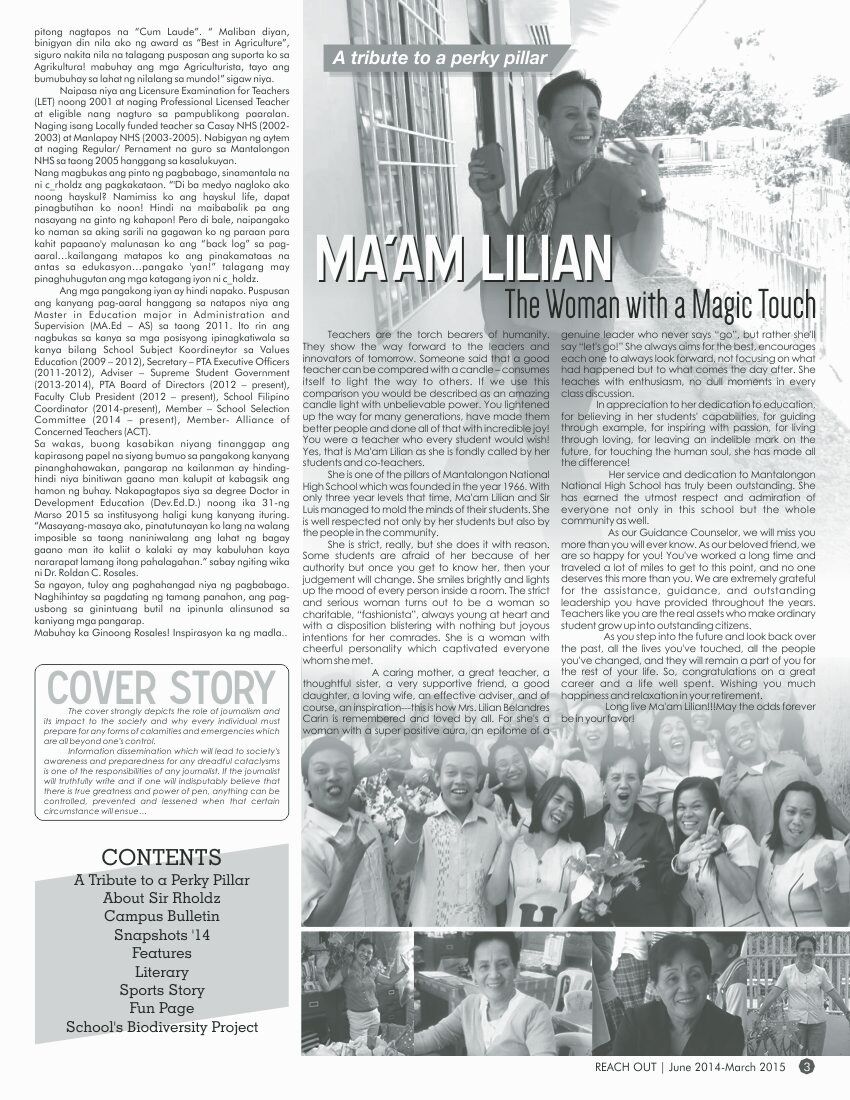 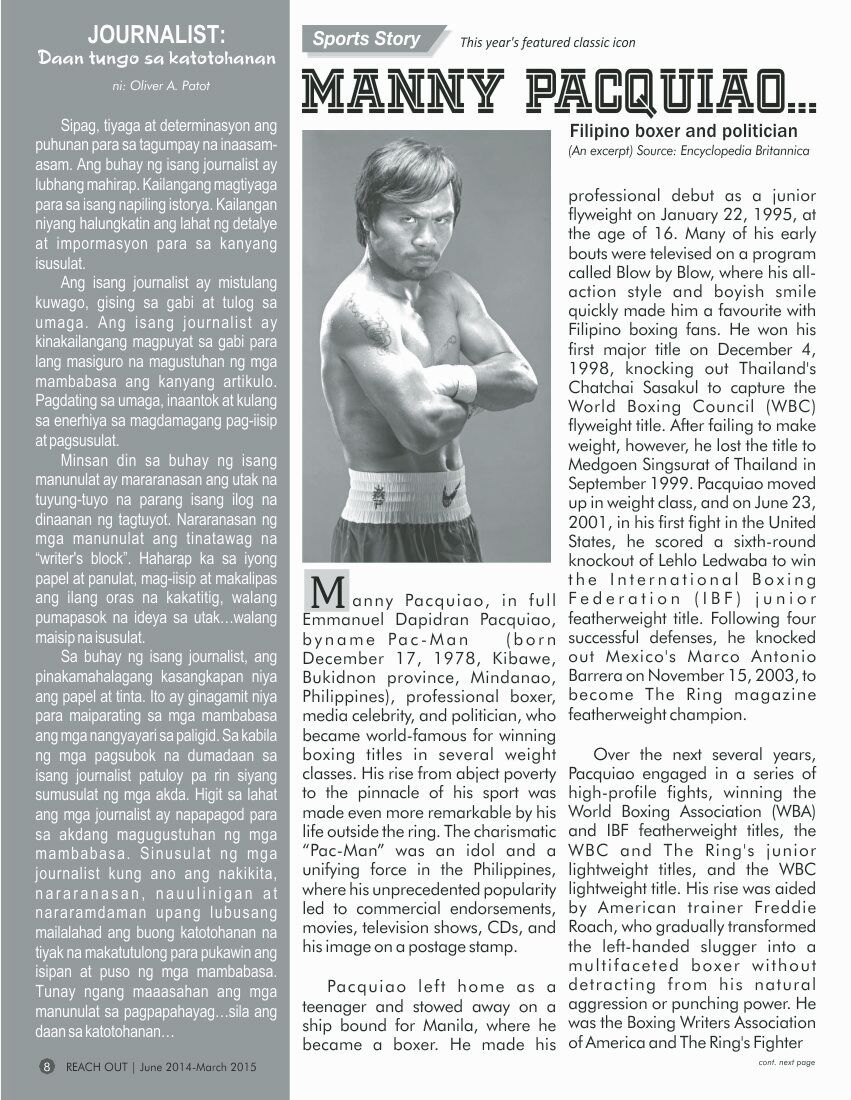 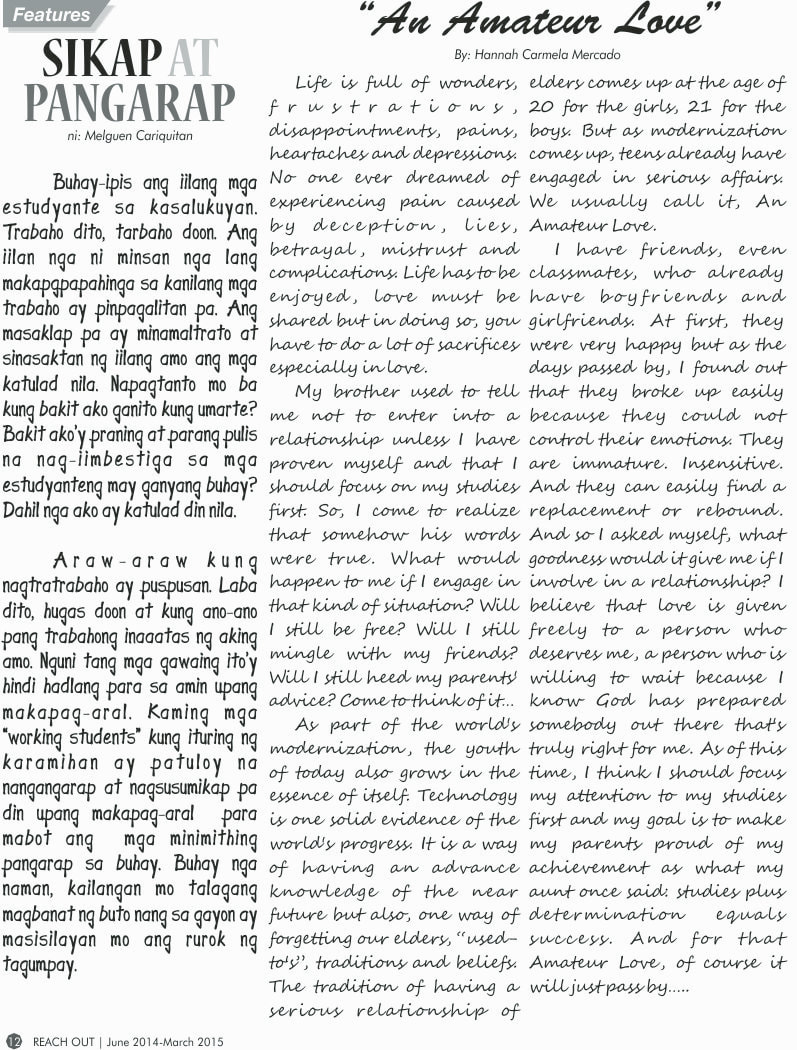 A Tribute to Her

She greeted the class with a smile that first day of school. At first glance there was nothing striking about her. She was what would be called just face in a crowd. True, she possessed beauty, anybody could see that. Her face bears the semblance of beauty.

As the days passed by, I came to know her better. I realized that behind her face was intelligence and experiences. Though my friends and classmates, I heard bits of information of her family life. She had suffered more than one tragedy. And yet, she did not look embittered. Instead, she looked happy and at peace with life. Not always feeling on top of the world perhaps, but happy just the same.

This time, she was not just one of my teachers but someone special. I began observing her secretly. I was young, still is, and I wanted to know her secret. How does she do it? Why is she carefree and happy? Acting like someone without a care in the world. I know she was not insensitive. Her feelings with her students proved this. And at one time, while we were reading somewhat moving poem I saw her eyes water. Then one day, I discovered her secret.

She told us herself. It was her kind of belief in life. She said that a person’s life must be full of laughter. Life may deal a hard blow to anyone at anytime but it will pass. It must not be a cause for a lifetime of grieving and wishing that the hands of time go back. Instead she said we must look forward, not behind. This may not have been her exact words but it will give you an idea of her strong belief that life is not made up of suffering and tears but also of happiness and laughter.

It reminded me of an article I once read wherein the author said that a person would not recognize the sweet things in life if he had not tasted the better part of it. He would not treasure happy memories to remember.

To quote a saying, “cry and you will cry alone,” “laugh and the whole world will laugh with you”. Thanks to a dear teacher, I know the wisdom behind this short saying.

So, I said to myself, teachers are human after all. From then on, I began to see my teachers in a different light. Now, they mean something more to me. Not just persons in school who determine whether I will or I will not pass at the end of school year. I know that they are ready to take me by the hand and guide me to the horizons of learning which I have never explored before. They are willing to teach me everything that they know.

Now I am a teacher. I followed my desire to teach the young ones and share to them the wisdom my teacher had shared with me. She made me realize that being a teacher, I have to give more of myself for there are students who need my guidance, it’s true that their future depends on how we mold them, their dreams will not be fulfilled if we let them follow the wrong path, their lives should not be wasted.

I am proud I met a wonderful teacher who encouraged me to pursue my dreams and ambitions. To you Ma’am, wherever you are right now, I would like to say that I am glad, terribly glad the world has you as its guide to a better and happier future… Thank you so much!!!!